In this episode, we conclude our three part series on Service Tiers, and how they can be used to prevent disasters in applications using service based architectures.

We also take a look at the very first AWS service. Any guess what that service is?

Finally, what does redundancy look like in outer space? And just how effective was the space shuttle application systems at keeping the shuttle safe?

The following are links mentioned in this episode, and links to related information:

How to Use Service Tiers

Let’s first talk about responsiveness. The service tier level of a service can be used to determine how fast or slow a problem with a service should be addressed. Of course, the higher the significance of a problem, the faster it should be addressed. But, in general, ***the lower the service tier number, the higher importance the problem likely is…and therefore the faster it should be addressed***. A low-to-medium severity problem in a Tier-1 service is likely more important and impactful than a high severity problem with a Tier-4 service.

Given this, you can use the service tier, in conjunction with the severity of the problem, together to determine how fast of a response your team should have to a problem. Should we be alerted immediately, 24 hours a day, 7 days a week and fix the problem no matter what time of the day or night? Or is this a problem that can wait until the next morning to fix? Or is it a problem we can add to a queue and fix it when we get to it in our overall list of priorities? Or should we simply add it to our backlog for future consideration? Service tiers, in conjunction with problem severity, can give you the right procedural guidelines for how to handle a problem. You can use them to set SLAs on service responsiveness. You can even use them to set availability SLAs for your services.

For example, you could create a policy that says that all Tier 1 services need to have an availability of 99.95%. This might dictate that all high severity problems must be resolved within 2 hours of identification, meaning that you must have an on call support team available 24 hours a day, 7 days a week and that support team must have enough knowledge and experience to fix any serious problems that arise. This would likely mean the owning development team would need to comprise the support rotation for this service.

Meanwhile a Tier 3 service might be able to have an availability SLA of only 99.8%. A Tier 4 service might not even have an availability SLA. This would mean that all but the most serious problems could probably wait until the next business day to be fixed, meaning an on call support role may not be needed, or may not need to be as formal or have tight mean time to repair goals.

As an example, let’s say you have a Tier-1 web application running. The web application displays the current customer’s avatar in the upper right hand corner whenever they are logged in. It does this by calling the customer avatar service, which is likely a Tier-3 service. After all, if you cannot display the avatar, it really has no significant impact on the customer’s experience.

The web application can simply not show the avatar if it is not available. But it would not be acceptable for the entire application to fail simply because it couldn’t display the avatar!

This may sound like an unrealistic example, but I actually saw this happen once, with a company that was not paying attention to service levels. They had a SaaS application that went down and was completely unavailable to their customer’s, simply because they could not load the customer’s avatar due to a problem in the external avatar service. It was an embarrassing problem for them to admit.

This is the power of service tiers.

What was the first cloud service that Amazon put out as part of Amazon Web Services? The first cloud service was the Simple Queue Service. The Simple Queue Service, or SQS, is still available today. It provides a message queuing system for delivery of messages between loosely connected application components. SQS was launched publicly in November of 2004. AWS was relaunched in March of 2006 as a combination of three initial services: SQS, the S3 object storage service, and the EC2 virtual server service. These were all very early implementations. The EC2 instances had no persistent storage attached, so they could not be used to build persistent storage systems, such as relational databases. The services were also all exposed to the public internet, so there was no security available for any of the services. The EC2 instances were openly vulnerable on the public internet.

EC2 didn’t get persistent attached storage until EBS was launched in 2008. It didn’t get private network security until VPC launched in September of 2009. It was after those two capabilities were added that EC2 became a viable option for application computation, and cloud computing took off with a vengeance.

One requirement of modern digital applications is that they must maintain a high degree of resiliency...resiliency to failure. The ability to stay operational even in adverse conditions, and the ability to successfully recovery easily and quickly when problems do occur in a manner that reduces or eliminates the impact on the end user is critical to modern digital applications.

The space shuttle program had its problems, disastrous problems. But there was one aspect of the program that worked incredibly well...their computers and software systems.

To that end, a sophisticated system to maintain availability and reliability was employed. Let’s take the main computer system. There were four identical, redundant copies of the main computer aboard the shuttle. They consisted of identical hardware, identical inputs and outputs, and ran an identical copy of the software. Every computation the computer had to make, was made simultaneously but independently by all four computers. The results of the four computations were then compared, and the results were expected to be the same from all four computers. If they were, all was well.

If, however, the results differed among the computers, then the four computers voted on which result was correct. The winning result was used, and the computers that generated the losing results were disconnected and turned off for the duration of the voyage. The losers were disabled. This is what I call the ultimate in democratic voting!

During the 30 year operation of the space shuttle, there was never a case where a serious life threatening problem occurred that was a result of a software problem, even though the software was the most complex software ever built for a space program at the time.

It was a sophisticated system for high availability, especially for the 1970s when this system was first built. But sometimes its useful to look at older techniques, such as this, when deciding how to build and operate modern digital applications.

We will be talking about the space shuttle software system in more detail during a main story in a later episode.

Next Episode All Episodes Previous Episode 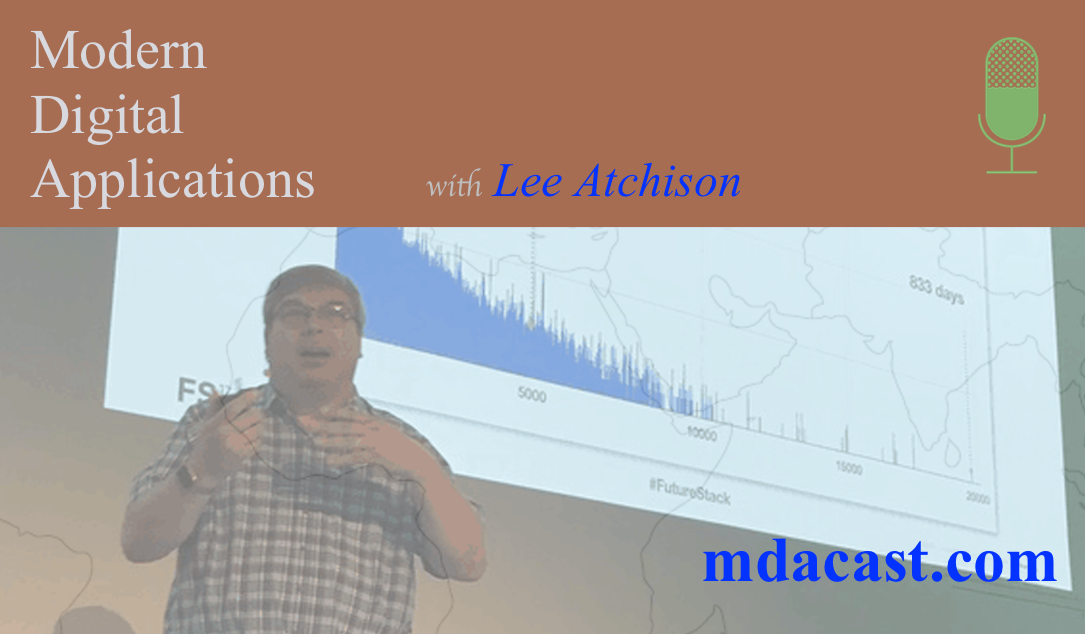 Sign up to receive notifications when new episodes are available.

Thank you for subscribing!